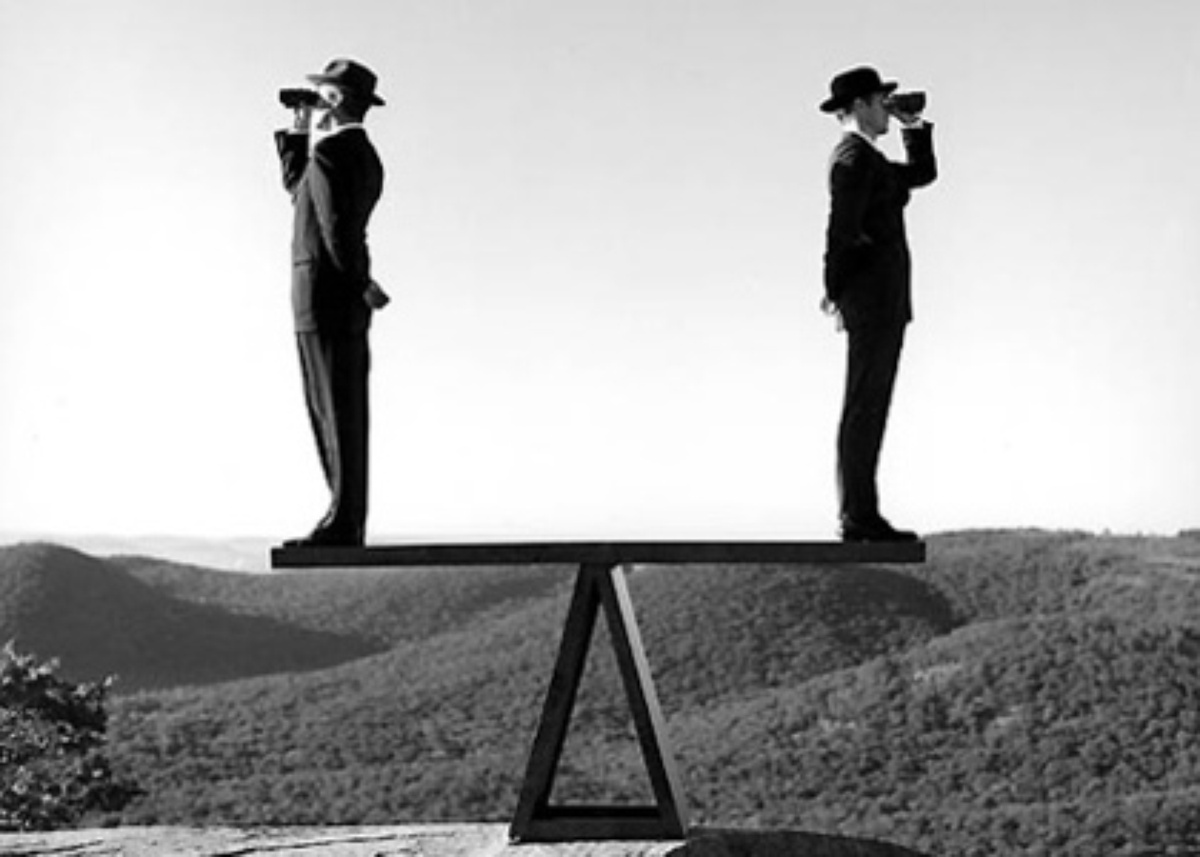 Let’s face it: everyone will have a differing opinion on everything for the rest of our existence, regardless of its affiliation with moral principle or passive entertainment. Most of us believe that consuming meat is an integral part of our nature, but some will find the mere idea reprehensible. Most of us have affiliations with a religion or a belief in God, while some of us remain doubtful or skeptical of the idea. Most of us believe that under normal circumstances we should never take one’s life, but some will make the argument that it is a necessary act for one reason or another.

Throughout our everyday lives, we are bound to come into conflict with something that contradicts our understanding of the world around us, often in regards to the world of politics. While the events of the world should be the basis for our facts, they have found themselves crossing a sprawling territory of chaos, in which it has become difficult to distinguish the truth from opinion.

All in all, there is a clear basis for objectivity: the facts that constitute our past and present. Yet our guiding voices, tainted by our own preconceptions and backstories, will ultimately pave the way for the future. Therefore, in a world characterized by its diversity in thought and diversity in origin, it becomes that much more essential that our own beliefs have strong foundations, that our principles serve as pinnacles of our society to maintain its essence.

Put in much shorter terms, it is possible to make our subjective viewpoints appear objective. Here I will list three specific criteria that I personally use to assess the ideas of myself and others, hoping to strengthen (or break down) their validity in the grand scheme. As it currently stands, I use the acronym “JAH” to encapsulate the three points, starting with…

According to the Merriman-Webster Dictionary, something can be considered just by “having a basis in or conforming to fact or reason”. While I personally take issue with the term ‘conforming’ in this case, it nevertheless communicates the main point of justification: having one’s statements backed up by tangible evidence or experience.

From my personal observation, this is often the least-developed component of one’s beliefs and values, often because of the tendency to refer to ourselves as a primary source of information rather than the reality that surrounds us.

As a question to the reader: have you ever attempted to self-justify an action of yours in spite of the fact that there was initially a feeling of guilt or regret? I have a feeling that many will resonate with this statement, as did I when I asked myself. It’s a defense mechanism that attempts to bolster our confidence and moral standing, yet there are cases where it proves detrimental to the growth of character and the development of ideas.

If we were to live in a world where self-justification and artificial reasoning constituted the driving principles of society, I assume it would implode. However, if we were to look at the situation realistically, there would be no purpose for news or debate, as everyone would be left to their own accord.

So while often overlooked, justification provides the platform for ideas to be expressed within our communities and garner legitimate consideration from peers. Justification is the ricotta filling of a cannoli: without it, there would be no cannoli, no substance, no flavor; just a hollow shell that will quickly be disposed of without any regard.

While good justification can help validate one’s viewpoint and bad justification can discredit it, there remains a basis for such justification to be present in the first place. An argument is a vessel for conveying a specific viewpoint and is meant to concisely understate the main point of a discussion regardless of its scope. What’s unique about an argument is that it can be spawned without any semblance of basis, and can quickly be spouted out at a whim’s notice:

After reading the above comments, I have confidence that every reader will disagree with at least one out of the three statements one way or another. In most cases, people will often respond with a counterargument attempting to undermine the other person, however, and lack the backbone to support their position.

Now here’s the beauty of an argument: it can be anything it wants to be. We derive these thoughts from our experiences and share them because we want them to be heard. It’s undoubtedly a powerful tool that sparks dialogue and conversation and paves the way forward for progress. Arguments can be grounded or absurd, but nevertheless, serve as the thesis of any discourse. I would normally say that this is the easiest component of my criteria to nail down, yet it’s superseded by another principle inherent to all of us.

You would think that maintaining some degree of integrity would be quite easy to achieve, yet I can cite several examples of individuals that clearly go against this notion. The reason I cite honesty as a key component is merely due to the fact that I believe a certain degree of investment is required to fully express the breadth and intricacy of a given argument. It is s the component that invigorates a discussion and establishes a confidence within an individual and their audience, giving off the impression that their viewpoints are not only articulate but derived from a realm of passion.

I think another driving reason for designating honesty as a critical component of morphing subjectivity into objectivity comes from our political climate. It has been said time and time again: most politicians are untrustworthy in the eyes of the public due to various circumstances, and dissatisfaction towards the establishment has reached an all-time high.

And it all ties back into the honesty principle; why would a normal person want to support a representative whom they find to be lacking sincerity and interest within public affairs?

For example, Donald Trump can state time and time again that he wants to provide an easy pathway to citizenship for immigrants, but his bombastic rhetoric seems to contradict the essence of his statements. Barack Obama can tell me all day long that climate change is a major issue and that the environment needs to be protected, yet he moved forward with initiatives to extract oil from Canada, resulting in massive environmental destruction.

What these two examples have in common is that both have asserted statements that claim one position, but engage in action that misaligns with their supposed intentions. It is this disconnect that severs the essence of an argument and disrupts the process of conveying one’s beliefs successfully.

I do not personally hold the belief that there is a rigid definition of objectivity that dictates the moral principles of society, nor do I believe subjectivity to be worthless in the face of facts and evidence. What I find beautiful is the multiplex of opportunities we have to construct our own arguments and values based on the information available to us, and morph it into something that can be expressed, potentially as a vessel for change.

Even now, I have attempted to make a specific argument regarding the means in which we can establish our canon as a reality in the face of others based on my observations, and would love to have my assertions challenged to strengthen my notions.

In short, we are not bound to follow any set of rules that the whole of society has established; instead we can be trailblazers that carve our own futures through the craft that is discussion.